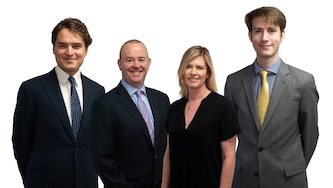 The VT Chelsea Managed Funds are relatively new, but our fund-picking skills are not. Through the Chelsea Core Selection, Darius, Juliet and the Chelsea research team have consistently added value for our clients.

Who's on the team?

I joined Chelsea's training scheme, in February 1996, after graduating from Birmingham University with a BSc (Hons) in Chemistry, so I am just starting my 25th year with the company. I was promoted to managing director in February 2000. As well as managing the business and being part of the research team, I have an active role in the financial media and am quoted regularly in both national newspapers and more specialist financial publications as well as TV and Radio. I lead the investment team on our managed funds launched in June 2017.

In 2014, I helped to launch FundCalibre, an independent fund ratings and research business.

I am also Chairman of the Association for Independent Discount and Non-Advisory Brokers (AIDB). The AIDB represents the views and interests of the discount broking, execution-only and non-advised sales community to the regulator, the fund groups and platforms and the general public.

I am also a member of the IA sectors committee and a judge on most fund manager awards including Investment Week and Portfolio Adviser.

Outside work (almost literally, as our office is a stone's throw from the stadium) I am a dedicated Chelsea football fan. When I'm not at a match I'm usually entertaining my two children.

Juliet has been at Chelsea for almost 20 years. She quickly rose to the position of head of research in 2001 and was made research director in 2013. She currently selects funds for Chelsea’s Selection and Core Selection lists and model portfolios, which are featured in the highly subscribed Viewpoint magazine. She also compiles a Fund Review, covering over 400 funds.

James is a senior research analyst at Chelsea Financial Services and has a BA in War Studies from King's College London. Before joining Chelsea he worked in equity research for the institutional brokerage firm Redburn. James has a passion for improving financial education and he wants to encourage more people to save and invest.

Ryan's journey to Chelsea came via a bond trading platform in the City, having finished his MSc Finance in 2014. He is part of the research team, working on the Asia, Global, Bonds and UK Equity Income sectors. Ryan has diverse work experience from Glyndebourne to Apple.