A guest blog from Malcolm Small, a well-respected expert in the field of Pensions and Investments policy.

As ever with all Budgets, the devil is in the detail, in this case 123 pages of the Red Book, containing the fine print of the announced measures, and in this case a 28 page Green Paper on the potential reform of pension tax relief. We’ll return to this one later, but first, let’s take a look at some of the other measures announced, and how they will affect retirement and pensions more generally.

First, the general easements around Inheritance Tax will be welcomed by many citizens in later life. The urge to pass assets down the generations remains strong, although nowhere near as strong as it once was according to research amongst “baby boomers” that I’ve seen. Second, the general upward movement of the Personal Allowance threshold on income tax will also be welcomed by many pensioners on modest incomes, taking many out of tax payment altogether.

Similarly, the commitment to hold the “triple lock” on the basic state pension for the life of this parliament will be welcomed, as will the commitment to maintain winter fuel allowance and free television licences for the over 75s, although financial responsibility for the latter is actually being transferred to the BBC, who will no doubt be infuriated at this unforeseen financial burden.

Perhaps less overjoying is the push back of implementation of the market for second-hand annuities until 2017. However, this is not surprising to me, as time is needed to get this market to operate well for consumers – if, indeed, it can be made to operate at all. It seems to me laden with potential pitfalls and I suspect many consumers will get a shock when they see just how small the sums on offer for second-hand annuities are likely to be. This is likely to further damage a product already reputationally “winged”.

The extension of the Pension Wise offer to the over 50s rather than the over 55s seems to me an attempt to increase usage of a service which appears to be very limited in what it can do and is unpopular as a consumer destination for those considering their retirement options. Pension schemes and providers, on the other hand, have been besieged by consumers, many of them at least nominally “advised” consumers, seeking information and support. It is to the industry’s credit that it has coped with this well.

Elsewhere, the restrictions now proposed on Buy-to-Let borrowing “offset” and the less noticed removal of the 10% “maintenance” allowance, now replaced by actual expenditure only, will affect the attractiveness of “geared” BTL purchases, where some of the purchase price of the property is borrowed. However, cash buyers will be unaffected. The precise effects on the BTL market will only become apparent with time, but those seeking to cash in some of their pension fund to provide a deposit on such a purchase will at least have to pause for thought.

“Salary sacrifice” is an increasingly popular method of funding pension contributions and has been the subject of speculation from industry commentators that abolition might be imminent because of the rising exchequer cost. The Red Book says government will “actively monitor” the situation, perhaps an early indication that “sal sac” days are numbered?

Government will also consult “before summer” (seasons in government circles are evidently different to the seasons you and I experience) on how to make transferring pensions from one scheme to another “quicker and smoother”. Having had bitter personal experience of trying to get the industry to do just that, and failing, I wish them luck.

I also wish them luck with the Local Government Pension Schemes, where they will “work with them to pool investments and reduce costs”. Again, the actuality of localism and turf wars means progress here, which really needs to happen, is likely to be aspirational.

The proposal to “taper” tax relief for higher earners is bad news. Arcanely complex and cumbersome, because of the way it operates, it will ACTUALLY apply to all those earning over £110,000, not £150,000 as advertised. Were one Gordon Brown still in residence at Horseguards, such a measure would come as no surprise, but from this government? If the tax relief bill needs to be cut, and it does, there are much simpler ways of doing so, and I don’t mean by further reducing the Lifetime Allowance. This latter is a regressive tax on thrift and good investment decisions, and should be scrapped altogether.

But the big one is the Green Paper on the potential reform of tax relief on pension contributions.

This has the potential to turn the current pensions industry on its head, and I can almost hear the howls of anguish from numerous vested interest camps. A short paper, at only 28 pages, it points out some uncomfortable truths. The “bill” for tax relief on pension contributions for employers and individuals is around £50 billion A YEAR. There is evidence available to suggest that it does little to motivate people to save into a pension, especially modest earners. This is borne out by the fact that two-thirds of the monetary value of tax relief goes to higher and additional rate tax payers. In a way, you would expect this to be the case as they earn more anyway, but none the less, it bears out my own research which suggests that many people simply don’t understand tax relief on pension contributions and therefore don’t value it.

Unlike the introduction of the “freedom and choice” agenda at Budget 2014, there is sudden realisation that “Government is clear that there is a need to proceed gradually”, which will no doubt be music to the ears of External Affairs departments of pension schemes and providers throughout the land. This will give them plenty of time to sharpen their “keep the status quo” arguments.

The paper floats the idea of moving towards a pension savings architecture that looks much more like an ISA than what we recognise as a pension today, with after-tax contributions rolling up tax free, then producing tax free “income”. This would fit well with the new “freedom and choice” environment and, if loosely following the ISA model, would at long last provide a long term savings architecture that the average person in the street would stand a fighting chance of actually understanding. Pensions as we have them today have become beyond complex, with armies of technicians and experts required to interpret a veritable mountain of regulations and legislation, largely constructed to prevent “abuse” of the available tax reliefs. We know from research that people buy products they understand, and buy more of them, more often. ISAs have been a huge savings success stories and there can be no doubt that citizens are already using them extensively for retirement saving, sometimes in preference to a pension.

There are potential pitfalls. Pension funds today are big buyers of government debt, and a new regime might change that. How would the tax and national insurance breaks for employers change? What would happen to existing pension funds – could they transfer to the new regime? There are some massive questions here.

But the chance to deliver a retirement savings architecture that is actually attractive to its users is too good a chance to miss. Bring it on. 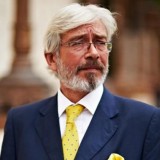 Malcolm is a well-respected expert in the field of Pensions and Investments policy. He has previously been chair of the Investment and Life Assurance Group and was policy director at the Tax Incentivised Savings Association (TISA). He currently holds a number of high-profile posts including senior adviser, Financial Services Policy at the Institute of Directors and non-executive director at B&CE Insurance Company Limited, providers of The People’s Pension.
Past performance is not a reliable guide to future returns. You may not get back the amount originally invested, and tax rules can change over time. Malcolm's views are his own and do not constitute financial advice.
Published on 09/07/2015