Case Study of a DIY Investor

Euan Grant, from North London, has been a DIY investor for 30 years. Having started out putting money in investment bonds, unit trusts and individual shares, today he has a portfolio which is primarily focused on funds and investment trusts. Here, Mr Grant shares with us his investment journey so far, mistakes made and successes enjoyed. 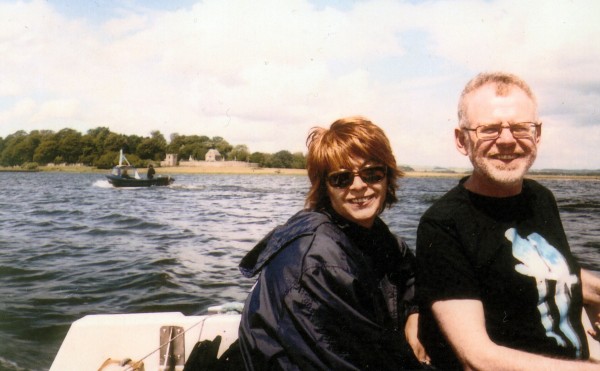 My first investment was in 1984 when I decided to invest half of my savings in a package of Fidelity Unit Trusts (now OEICs) , with about half in Special Situations, which was run by Anthony Bolton at the time, and the rest into investment bonds.

That decision triggered the start of a life-long interest in investments and, a year later, I became a direct shareholder for the first time as the wave of privatisations undertaken by the Thatcher administration really started to take off. As my interest grew, I started to do a bit more research, avidly reading the papers and attending a few private investor shows hosted by the Daily Mail at Olympia.

My first non-privatisation purchase was in ICI in 1985, quickly followed by Racal Telecom (now Vodaphone Group). ICI was a pretty beaten up stock and I suppose, having been invested with a contrarian fund manager, I was a little contrarian myself. So I bought when the stock price was at a low. With Racal I was more influenced by the television advertising undertaken by the company. I made a bit of money on both stocks and then sold out. Since then I’ve stuck more to funds rather than individual companies. This is because I am growing older (aren’t we all?), and taking on more responsibilities, with less time available to do the research necessary to trade.

How my investments have changed over the years

When I first started investing regularly in funds, I chose some pretty exotic asset classes – or at least they were at the time! Today they are much more mainstream. For example, some of my first investments were in Martin Currie’s Far East fund, as well as European equities.  I’m self employed now but I was a civil servant then with a decent pension, so it allowed me to take a little more risk with my investment choices.

And of course, with the introduction of fund supermarkets, diversifying your portfolio became much easier as you could buy any fund from the same place in the same tax wrapper. It’s at this time I became a Chelsea client and made the most of both consolidating some of my investments and the discounts offered.

Once I reached 50, I felt I had a shorter investment horizon, so I began to cut risk in my portfolio and today my investments are arranged with a view that at some point, when I retire, I will draw an income from them.

The best successes I have had haven't been with individual investments but with the way I invest, starting with my decision in 1988 to invest via a monthly savings plan rather than with lump sums. It's a habit I’ve continued ever since. And I consider myself an investor, not a speculator, so I tend to buy and hold for the long-term. I've also never underestimated the benefit of reinvested dividends when it comes to total returns.

But I’ve also been lucky. I started investing at a time when markets flourished and my monthly savings have helped smooth out the bumps and let me sleep at night.

The mistakes I've made along the way

Looking back, I think I was much too conservative in my 20s. I also used to invest in flavour of the month products, which I class as a mistake.

My investments with more experienced managers with good teams to support them have always done better for me. For example, my investments in Neil Woodford's Invesco Perpetual High Income fund, Tom Dobell's M&G Recovery fund and Anthony Bolton's Special Situations fund have all stood me well.

I think perhaps failing to rebalance my portfolio has been a mistake too as it has led to my having had far too much in one area at times. I still probably don’t review my portfolio enough.

How I make my investment decisions

Like most DIY investors, I gather information from a wide range of sources and my confidence has grown over the years as I've learned from my mistakes. I read Chelsea’s Viewpoint magazine over and over again and always take Darius’ quotes with great seriousness as I think they are timely and objective.

Much of my career has been spent working as an intelligence analyst so I'm comfortable analysing financial and other data. And when it comes to choosing a fund I also use these skills to better understand the psychology of the organisation, management and team that a fund manager is part of, as well as their investment process and experience. I've found that these aspects can be just as important as a star manager’s ability and it’s why, when a manager leaves, I don’t always follow them.

Why I invest with Chelsea

I became a client of Chelsea in the late 1990s. At the time, Chelsea was really known as a discount broker and I chose them as they offered me a cheaper way of investing in funds, as well as a way of consolidating some of my investments. That saves me a lot of time now, and makes the management of my portfolio feasible.

Over the years, the company has evolved and today I find their fund research and market views extremely helpful. They outline different management styles in plain language, explaining the respective strengths and weaknesses. It's also a small and friendly organisation which manages to keep it's employees for a decent period of time, so if I call, the person on the end of the phone actually knows who I am, rather than me being just a number to them. That friendliness was there right at the start, and was a key factor in my decision to use Chelsea. It’s still there.